Humans have been encountering foxes for years and the animal is prominently featured in the stories of various cultures. Often portrayed as sly, foxes are quick learners and easily evade hunters. They are notorious for attacking livestock, damaging property, and, in recent years, have gotten more comfortable scavenging for food in crowded cities and urban areas. Also notable for their ability to transmit diseases, foxes are wild animals and should be regarded with caution. 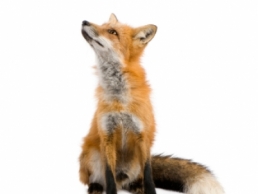 Despite their charming appearance and playful behavior, foxes bite when they feel threatened. As such, individuals should never approach these wild animals. Critter Control specialists have extensive knowledge of pest removal and the experience to safely navigate removal.

Request a Quote
Fox
Fox in the henhouse? Fox in your yard? We trap and remove fox. Call your local Critter Control office today for effective fox removal and exclusion services.
Call For A Fast & FREE Phone Estimate Today
419.534.0909
(No Cats & Dogs)